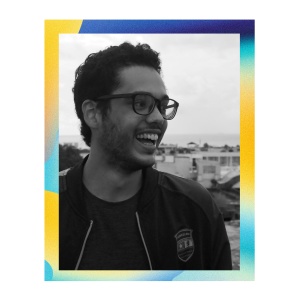 Gabriel Quiñones is a photographer and filmmaker from the Dominican Republic, interested in issues such as memory and culture. His first solo show was held at the Videoteca of Casa de Teatro, and his work has been exhibited in various group shows at spaces such as the National Gallery of Fine Arts, Alliance Française Santo Domingo Gallery, Centro de la Imagen, among others. His films have participated at various international film festivals and received the award for Best Direction of Photography at the FEMUJER film festival. Currently lives and works in Santo Domingo, Dominican Republic.