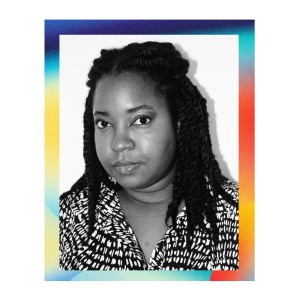 Oneika Russell received a diploma in Painting from The Edna Manley College in Jamaica. She completed an MA in Interactive Media at Goldsmiths College in London and postgraduate studies in Film, Video & Media Art at Kyoto Seika University in Japan. Residencies done include: Post-Museum in Singapore, NLS in Kingston, Vermont Studio Centre in Vermont and most recently Residency Unlimited in Brooklyn. Major exhibitions include Jamaican Pulse at The Royal West of England Academy, UK; The 2017 & 2014 Jamaica Biennial, Kingston; At the Crossroads: Critical Film and Video from the Caribbean at Perez Museum of Art Miami and the 2018 DAKAR Biennial.