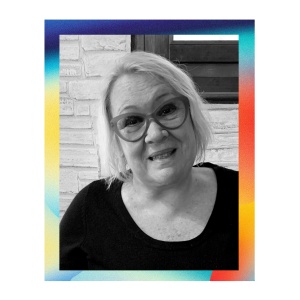 Susan Mains is an artist with a self-inflicted art education. An educator by training, she began painting while living in Dominica in the 1980’s. The Caribbean is her home, having grown up in Barbados and Grenada. Recent genetic research has revealed ancestors from Barbados as early as the late 1600s. More importantly, the love of place has inspired decades of communicating its beauty and essence via paint on canvas. A community art activist, she has been involved in the promotion of art in Grenada on a community, regional and international level. Her highest accolade has been the appointment of commissioner for the organization of the Grenada Pavilion at the Venice Biennale for three consecutive editions. In October of 2020 she was awarded the British Empire Medal by Queen Elizabeth for services to Art in Grenada. Her paintings have been collected world wide, and her contemporary installations have been exhibited in biennales in such diverse places as Dominican Republic, Rio di Janeiro, Venice, and Spain. Susan is an artist who follows her heart.