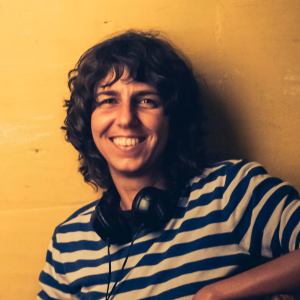 From the island of New Providence, In the Bahamas, Maria, a self taught filmmaker, with an early passion for film, began her journey working in production at the young age of sixteen.  She worked a time in Los Angeles and then returned home where she spent a decade making small, local, guerilla style documentaries. This lay the foundation for her craft.  Govan then scripted her first narrative feature “Rain,” which she directed and premiered at the Toronto International Film Festival in 2008 and licensed to Showtime networks.  In 2012 she moved to Trinidad and in 2015 wrote and directed her second narrative feature “Play the Devil” which received a significant grant from Creative TT.  “Play the Devil” was selected for Ventana Sur in Argentina and Premiera Miradada in IFF Panama, and premiered at the Los Angeles Film Festival in 2016.  In 2018, Govan was hired to direct her first episode of television on the show Queen Sugar, which is produced by Ava Duvernay and Oprah Winfrey. She is currently in development of several television and film projects and continues to seek writing and directing opportunities both in the region and beyond.