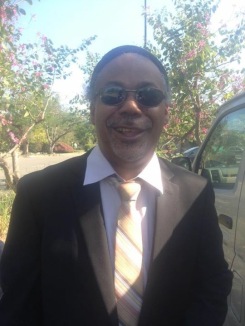 Patrick Lafayette is a blind individual who has made significant contributions the lives of persons with disabilities in Jamaica, the Caribbean, and internationally. He was the first visually disabled individual to be employed to a major commercial radio entity in Jamaica in the 1980’s when he worked with Radio Jamaica’s Fame FM.

He was a founding member of KLAS FM and later Kool 97 FM. He went on to become station manager at Kool 97 FM before leaving to start his own production company, Twin Audio Network in 2007. He also started his online radio station in 2015. Currently he works with persons with disabilities in Jamaica and the US re the use of the I-phone and other adaptive technologies and was featured by Apple in 2017.

Lafayette has collaborated with foreign and local organisations, including the Dennis Brown Trust, VP Records, the British Broadcasting Corporation BBC, Choice FM in London, and XM Satellite Radio in the USA, to document and produce the history of Jamaica’s music culture.

He is married to Indi and has two children, Leila and Djvan.