Fresh Milk and Fresh Art International are pleased to share Fresh Talk: Caribbean, a series of podcasts about creativity in the 21st century with Caribbean artists & those engaging with Caribbean art around the world. This series of conversations is a curated selection from Fresh Art International’s signature project Fresh Talk, which features the platform’s Director/Producer  Cathy Byrd in conversation with more than 100 culture makers worldwide.

Click the images and links below to listen to the Caribbean-focused podcasts!

Cuban artist Glexis Novoa is one of fifty artists that curator Juan Delgado invited to participate in the public art exhibition Detras del muro, in English, “Behind the wall,” during the 12th Havana Biennial. The poetic project he created with homeless residents occupies the ruins of an abandoned building on the Malecón, a five-mile roadway and promenade that run along Havana’s seawall. Titled El vacío (Emptiness), the spare installation offers a nostalgic view of the relationship Cuba once had with Russia and Eastern Europe.

Artist Franky Cruz is creating an uncommon butterfly experience inside a gallery. In this episode, he talks about how Miami, and the art space known as Spinello Projects, became the laboratory for the exhibition project he titled Sistema.

Miami-based Cruz, who was born in the Dominican Republic, would rather talk about nature than culture. He mostly eschews technology, forgoing wifi in his live/work space. When Director Anthony Spinello learned of the artist’s insect research last fall, he invited Cruz to present a very unusual performance. To prepare for One-Fifth of An Ounce, (the weight of a butterfly), Cruz trained himself online to repair butterfly wings. After watching video tutorials by a master based in California, he mended the wings of four butterflies inside a greenhouse erected in the gallery. The process was tedious and exhausting, he says. Visitors to the exhibition Sistema witnessed the poetic life cycle of the Monarch butterfly—from egg to caterpillar, to chrysalis, to butterfly. Listen to this Fresh Talk episode to hear sounds of the artist’s everyday life in Miami and find out more about the inquisitive mind of Franky Cruz.

Cuban artist Felipe Dulzaides talks about FD Plays FD, the lyric installation he created in memory of his father for the 12th Havana Biennial. For more than four decades—before and after Fidel Castro established his revolutionary government in 1959, the highly regarded jazz musician Felipe Dulzaides, Sr. was active on the Cuban music scene. Our conversation takes place in a penthouse apartment of Edificio FOCSA, the tallest building in Havana.

Artist Joanna Malinowska talks about Halka/Haiti, the panoramic film project she and her partner CT Jasper produced for the Polish Pavilion at the 56th Venice Art Bienniale. Inspired by a little known chapter in Polish history and Werner Herzog’s film Fitzcarraldo, they brought the Polish national opera company to the mountain village of Cazale, in Haiti. With Polish performers, and local musicians and dancers, they presented Poland’s national opera Halka to the town’s Polish descendants. The film of the performance on view in the biennial effectively brings Haiti to Venice.

Peruvian artist Cesar Cornejo talks about how his project for the 12th Havana Biennial expands on a concept he first realized in Puno, Peru. In Cuba, the project site is a local family’s home on the hillside of Casablanca, a neighborhood near the entrance to Havana Harbor. His unique sculptural intervention evokes both the family’s history and the architectural design of the Guggenheim museum in Bilbao, Spain. 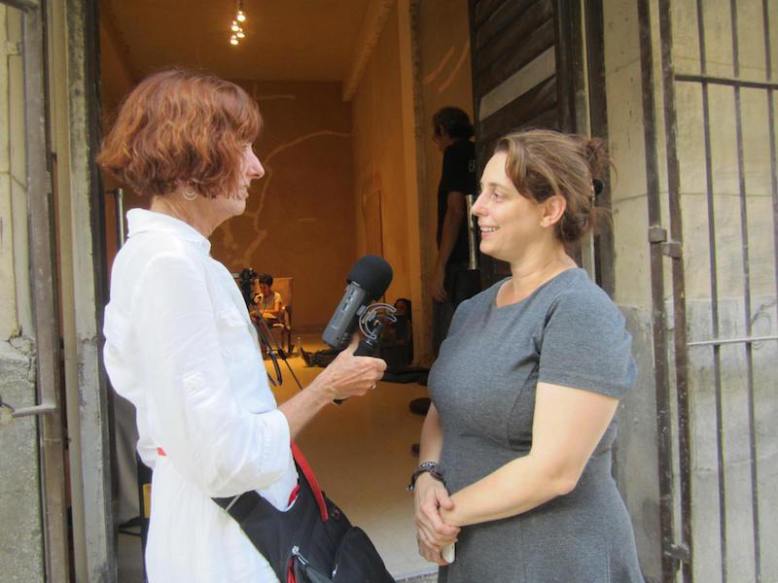 Presidents of Cuba and the U.S. recently announced a rapprochement, but is the island country ready for free expression in the form of contemporary art activism? Recorded in Havana, this Fresh Talk episode features Cuban artist Tania Bruguera and her recent launch of a new initiative: the Hannah Arendt Institute for Artivism. Bruguera is moving ahead with her project despite the fact that she’s been under city arrest and subject to government reprisals after her unauthorized public art performance on December 30, 2014, landed her in jail for three days.

From El Salvador, Cuba, and Israel, Simón Vega, Candelario, and Gil Yefman talk about their experiences as artists-in-residence at the Fountainhead Residency in Miami, Florida. Launched in 2008 by Kathryn and Dan Mikesell, Fountainhead is one of the local efforts to build a sustainable art scene in Miami. Our conversation takes place in the house and garden where the artists live and work.

In this episode, Surinamese-Dutch artist Remy Jungerman talks about the European modernism and Afro-religious aesthetics that influence his art, and describes the recent public art project he created back in Moengo, his home town in Suriname. Selected for inclusion in Prospect.3, the 2014 contemporary art biennial in New Orleans, Remy’s work will be on view in an exhibition at the Contemporary Arts Center from late October 2014, to January 2015. 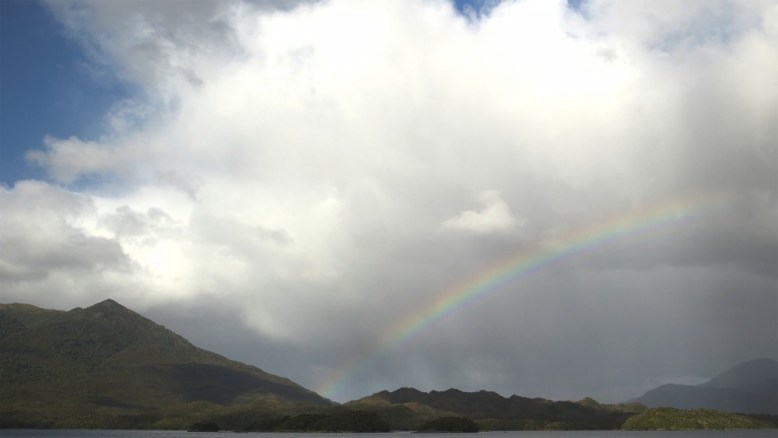 This episode takes place at SITE Santa Fe, New Mexico. We arrived just before the opening of the 2014 international biennial Unsettled Landscapes to record the voices of these five artists from across the Americas: Glenda León, Jason Middlebrook, Melanie Smith, Jamison Chas Banks, and Gianfranco Foschino.

This episode features Papo Colo, a Puerto Rican born artist who founded Exit Art, a dynamic nonprofit contemporary art center, with his partner, the late Jeanette Ingberman. Their work as artists and activists has made a tremendous impact on the art scene in New York City since 1982. In May 2012, an exhibition and events in the space mark the closing of Exit Art, as Papo prepares to launch a new venture, a unique finishing school for young Creatives in the Puerto Rican rainforest.

Launched in October 2011, Fresh Art International is an evolving independent media outlet with a global point of view. Our website is the virtual platform for Fresh Talk: Conversations About Creativity in the 21st Century, our signature audio podcast. The site welcomes up to 3,000 monthly visitors. Averaging more than 9,000 feed hits monthly, we welcome new friends and followers every day: Facebook (3,000+ Likes and Friends) and Twitter (5,000+ Followers).

For Fresh Talk, independent curator Cathy Byrd meets with contemporary artists, curators, designers, architects, composers, writers, filmmakers and other cultural producers. Listen to conversations directly on this website, download episodes, or subscribe to the series on iTunes and Stitcher. Fresh Talk is also accessible through Public Radio Exchange at prx.org.