Cooking Sections is Daniel Fernández Pascual & Alon Schwabe. They are a duo of spatial practitioners based out of London that emerged out of Goldsmiths University. Using installation, performance, mapping and video, their research-based practice explores the overlapping boundaries between visual arts, architecture, geopolitics and food. Cooking Sections was selected for OFFICEUS, the exhibition at the U.S. Pavilion, 2014 Venice Architecture Biennale commissioned by Storefront for Art and Architecture, New York. Their work has also been exhibited at the Festival of Future Nows, Institut Für Raumexperimente, Neue Nationalgalerie Berlin; dOCUMENTA(13); Peggy Guggenheim Collection, Venice; CA2M, Madrid; TEDxTalks, Madrid; Fiorucci Art Trust, London; xACC Weimar; SOS 4.8, Murcia; Haus der Kulturen der Welt, Berlin; Storefront for Art & Architecture New York; 2014 Biennale INTERIEUR, Kortrijk; and have been 2014 residents in The Politics of Food at Delfina Foundation, London. They have recently been recipients of the 2015 Jumex Fundación de Arte Contemporáneo research grants. Their work has been published by Sternberg Press, Lars Müller, Punctum Books, and several international magazines and journals, like Volume, Domus, 2G, The State, Zawia and Utopia amongst others. 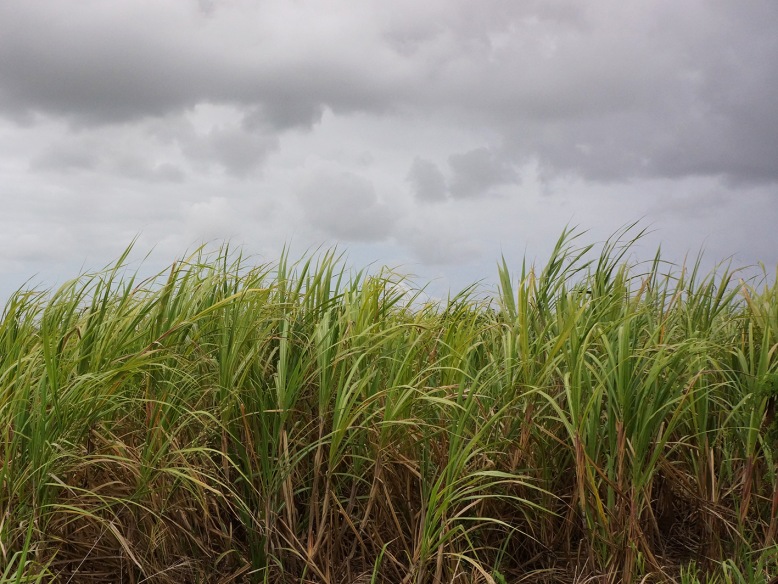 Is this the end of a sugar era? In past years the sugar crop harvest has been delayed further and further into spring. Refusing to start the crop before the government paid farmers for last year’s yields, harvest was postponed this time for about three months, starting during our visit to Barbados on April 7th. Never before had sugar cane harvest started so late, a sign of the great challenges the industry is undergoing. The possibility of a 400 year-history of cane disappearing seems to float around people’s minds, given that there is only one sugar factory remaining operative on the island (Portvale). At the local Massy Supermarket, we encountered on the shelf a box of sugar cubes from an array of sugars all made in the USA, as well as from UK-based Tate&Lyle, a sugar empire that later constituted Tate Britain. More than ever, sugars travel along and back and forth from one side of the Atlantic to the other, changing colour, shape, texture, volume and physical states with every journey: raw, bulk, brown, white, brownish, whitish, golden, bagged, dyed, molassified, syrupised, caramelised, brownified… 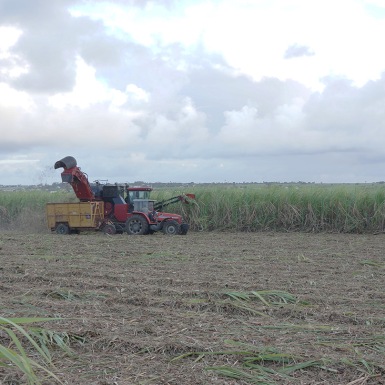 We learned that Barbados has an average of merely 12 inch deep soil. That extremely thin layer of agricultural ground is not only made out of sediments that the sea once eroded from surrounding volcanic islands and washed forward onto the Barbadian plateau. The soil is made of the remnants of the sugar cane that, unlike the majority of sugar plantations worldwide, are not burnt but accumulated on-site as layers that enhance the quality of the soil through their rotting, while protecting it from heavy rains. The reduction in tonnage of sugar extracted (not produced) from cane also opens new challenges, not only for the sustainable geology of the island, but for tightly related industries such as tourism and Barbadian rum. For the former, visitors need to keep being attracted by the image of undulating Caribbean landscapes covered in cane. For the latter, rum is running out of the local molasses that absorbs all the specific nutrients and minerals from the Barbadian subsoil, raising the question of Barbadianness in a rum more and more made out of foreign sugars. However, is it the molasses that really affects the finished rum product when it is distilled and cleaned from its biological and chemical components in the process of becoming alcohol? Or is it rather the diverse mechanisms of adding value that Barbados, like many other island nation states, tries to establish in order to shift from a historic role of commodity providers to become product owners? 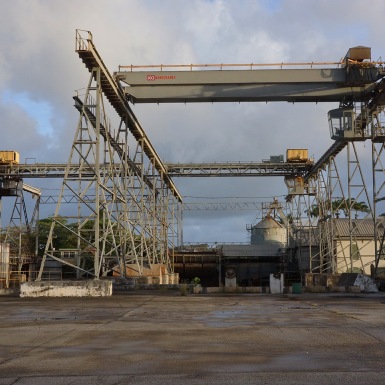 At stake is also a controversial construction of an additional sugar factory. The new $42,000,000 project, promoted by the Barbados Government, aims to transform the no longer operational Andrews Sugar Cane Factory into a multipurpose processing plant. It is not to revive the island’s history but rather to envision a different future. If sugar once replaced the alcohol ration for soldiers in order to extend their operation hours, sugar cane has slowly become a biofuel to provide renewable sources of energy. Time will tell whether the new plant will truly help the national economy or be another example of mismanaging international development aid through needless pharaonic infrastructures that only benefit a few.

Over 10 days of interviews, meetings, conversations and field visits with farmers, researchers, visual arts practitioners, factory managers, and policy-makers, we learnt about the difficulties of post-plantation Caribbeanness and the relationship of a region of island states, more or less disconnected from each other, that are facing similar challenges at planetary scales. That Barbados has only 2 endemic species out of its 650 different plants and that the island is suffering from seaweed invasion cycles coming from the Equator are just two facts that made us reflect on the economy of extraction and the value of nature from a global perspective. Almost 200 years after the abolition of slavery in all territories of British rule, conflicts about race, speculative flows and food sovereignty seem not to be yet fully reconciled with their past.