Lauren Craig is a social entrepreneur and artist researcher based in London. She has designed systems and living business models that have challenged large corporations in areas of racism, minority and women’s rights. Her art and entrepreneurial activity tackle big questions around ethics, equality, sustainability and community engagement in the cut flower industry whilst delivering practical floral alternatives locally, through her organization ‘Thinking Flowers?’

As an entrepreneur, Lauren is involved with social issues such as environmental destruction, London street crime and equality, aiming to promote positive change through ethics, sustainability and engagement. She has developed therapeutic methods using photography to document and tackle street crime and runs a pioneering ethical florist. Additionally, she has founded ‘Field’ – an innovative pop-up community retail space in Brixton Village, pioneered urban green waste schemes and floral donations services whilst campaigning for human, working and women’s rights further afield. She is currently setting up the Field Foundation, which will work to reconnect people with the creative cultural industries.

I arrived in to Barbados feeling fluey and pretty much run down with blocked ears and a lack of balance. The sea helped me recuperate and settle in to the warm slow waves of the island’s pace. I started my residency a week later and the first days were filled mostly with words and sounds. The things I heard and how they made me want to speak and write was the strongest impulse. I followed that. It’s come together in the hyperlinked text that I am sharing here, making connections with more of what I am seeing. The poem is inspired by something Annalee said about the stud’s job (on the horse farm where the residency flat is located) being just eating and having sex. The studio is a place of words with a beautiful library where I found Kamau Brathwaite’s Barabajan Poems.

There are so many other books I would like to tell you about – maybe later. I’m probably working on too many things at once,  but what is new there? Here is a piece that came about called Formation.

In conversation with Llanor Alleyne 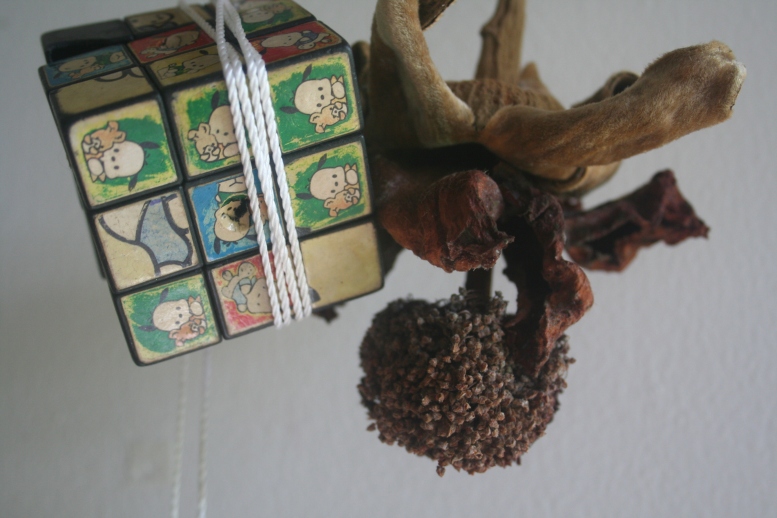 ‘Cleanse’ involved a group of women who came out to Fresh Milk to participate in interactive sessions examining mental and creative blockages that build up through busy, overworked lives. Lauren speaks with Llanor about how our bodies do not discriminate against what information they retain in daily life, and how they act as repositories or ‘palettes/palates’ that accumulate everything, becoming overloaded with unnecessary or negative content. The suite of images attached are born out of the Cleanse sessions that took place at Fresh Milk during the course of Lauren’s residency.

Llanor Alleyne: How did you move from your initial art practice of flower conservation, floral design and installation to the conception of Cleanse? What is fuelling that transition?

Lauren Craig: I think in some ways all the media I have worked with are connected. Dance, modelling, photography and floral installation all come from the same place and have helped me explore my concerns. When I initially named my way of working ‘floral installation’, the term was not being used by anyone else. But with other artists now framing their practice in this way, I felt the need to re-examine my own. Cleanse is in some ways an attempt to distil or turn the floral installation work inside out. It questions the notion of power being given to icons versus the power of collective attention and action. We tend to hold these things as sacred secrets and administer a pedestal to people that are perceived as able to give you the key. In the process, I’ve noticed that despite elements of performance and alternative therapies becoming more overt, photography—or what I like to call image making—still plays a big part. I think what fuels this transition is my curiosity as well as my shortcomings in the skills needed to express what I want to share and find the most harmonious way to do this.

LA: How have you structured the Cleanse practice? Walk us through a Cleanse session.

LC: The Cleanse format is loosely based around a few features. Every edition is different and responds to the space, but I can share the process for the group session. Participants are asked to bring an object that represents a feeling/emotion/attribute they would like to let go of or ones that they would like to foster more. It is also fine if they do not want to bring/leave the object. We open with a two-minute moment of silence. Then I give the group time to ask clarifying questions. We work on the confidentiality bond—communicating with the group things we want to put out of our mind, things that are bothering us and that we cannot change, or things that the participants do not want to focus on in the session. An introduction of each participant to other group members and discussion of brought objects follows. Participants are given the opportunity to leave these objects to become part of a sculpture made up of all the left objects. You can choose your modality for individual/group creative reflection. During this period I work with each participant individually.

LA: What are the basic tenets of Cleanse? Are they rooted in traditional forms we have come to associate with alternative life therapies such as meditation, reflexology, aromatherapy, etc.?

LC: I don’t know if ‘Cleanse’ has tenets, as in beliefs except that in my imagination there is a ‘palette’ that we have; they are like non-discriminatory depositories, they become overwhelmed and blocked, they stop us collecting the information we need and creating the things that keep us healthy. ‘Cleanse’ is about the everyday rituals and social skills we have to keep healthy relationships and environments. It risks questioning what happens if we are given a safe space to let go of what we do not need. These things are equally important to the opportunity to engage in meditation or aromatherapy during a session, if that is what you gravitate towards, also equal is the opportunity to go for a walk, make a sound recording or dance.

LA: What is the significance of the “object” in Cleanse?

LC: I think objects can hold a lot of meaning for people. The physical manifestation of emotions and feeling is much easier to conceive for some people. It adds a visual, spatial element to the session, many people have described it as being a real freeing experience. I am one of these people that sometimes needs to make a physical object that encompasses the ideas. The objects also allow me to do that through the sculptural element of the installation and then the photography.

LA: What does it mean to release our object to you? Do you see yourself as the caretaker of that object or the documenting disposer? What significance does your role as facilitator hold?

LC: I think in releasing the object to me you are letting go and giving in to the process of unblocking and becoming less stuck. I am in some part a taking care of the objects, in a sort of suspended space, I guess. I don’t think I document them, the process is more about including them in the production of the installation, allowing them to become part of the place/site to inform the work. As the facilitator, I call and hold the group during the process. I help set the boundaries, mainly around confidentiality. That is about it, the rest is about the participants and their context and the elements they have chosen to work on during the process.

LA: Can you talk a little about wanting to shatter this idea that life therapy practices are only for a select few and, that in practicing Cleanse as you envision it, you are breaking a cycle that sometimes involves holding such traditions as a secret?

LC: Well, Cleanse demonstrates that we don’t need to bestow power on one person but possess democratic social skills that can heal our issues as a collective. As some issues are site specific, most people in the group are better placed to be support systems than I am. The transformation is theirs; I am not the cause. The Cleanse sessions mainly use methods we can all use. They are resilient, hyper local and idiosyncratic.

LA: If a group Cleanse is done with a pact of confidentiality, does it still hold that the practice has avoided secrecy? Is there a difference?

LC: There is a difference to secrecy and confidentially to me, yes. People share personal things that they are holding on to, so people are courageous and share things that have never been voiced and it is no longer a secret. It is held and then processed collectively by the group and they then have a support network to help them work through it as and when they are ready.

LA: How would you like to see Cleanse evolve and spread? What would you like individual participants to take away and build on after attending either a one-on-one Cleanse session or a group session?

LC: The concept was originally born out of the busy urban environment and imagined as happening in places crowed with artistic and commercial stimuli such as an art fair or outside a gallery, for example. It is most satisfying for me that people take away what they need and let go of what they don’t. That they feel better able to function at their full capacity, or gain a better idea of what that is. I guess a lot of Cleanse is about remembering we have these skills and collective capacities.

LC: Cleanse allows me to explore how the disparate parts of my practice interconnect within specific sites and cultures. People bring their situation and the work becomes an imprint of that, a cluster or essence of that place and its people. I hope to keep offering Cleanse in different parts of the world, mapping what people what to let go off and building a constellation. I continue to wonder if what is brought to a session in London would be the same as what is brought to a session in Barbados—or Italy or Uganda—and what they would all look like together. 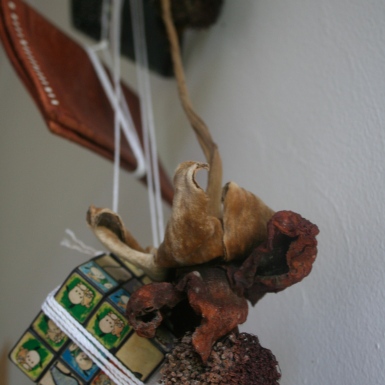 In conversation with Annalee Davis

Fresh Milk‘s Founding Director, Annalee Davis sits down for a chat with recent Fresh Milk resident artist, Lauren Craig. Lauren is  a London based multimedia visual artist who developed ‘floral installation” to describe her creative practice.  During their conversation, Lauren spoke about some of the projects she has been working on in the UK including her work for the British museum and the Petrie Museum of Egyptian Archaeology. In addition, Lauren shares her collaborative work with British women of colour as they develop the Women of Colour Index and ‘X Marks the Spot’,  in contribution to an archive at the library at Goldsmiths University in London. Below are  photographs that Lauren produced while on her residency at Fresh Milk. 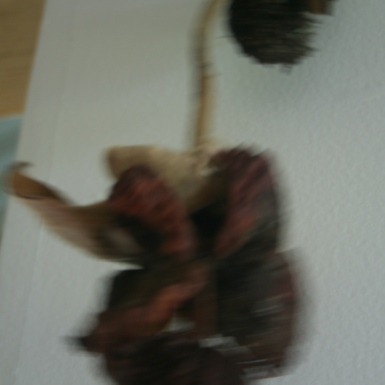 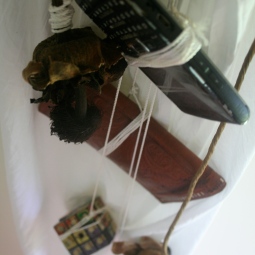 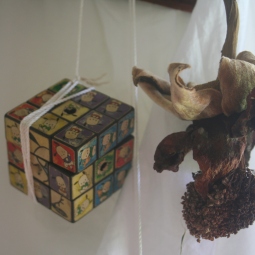 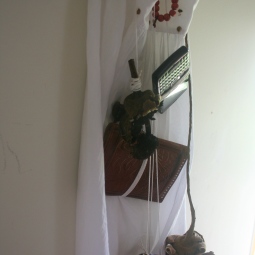