Born in Toronto Canada to Barbadian parents, LARC as he’s affectionately known to most is a filmmaker, arts educator and community activist. After the year of the gun in Toronto (2005) LARC decided that it was critical to play a small role in creating safe spaces where young people could acquire skills while discovering positive outlets of expression. He started by designing and facilitating filmmaking workshops in low-income, inner-city communities where he began to link many of the current issues faced by youth to a lack of leadership/mentorship in the community. He also noticed a real lack of ancestral/family values and connections with the many gang related black youth he worked with daily. His community work intensified, spreading out to various public housing communities across Toronto from Community Centers to Elementary, Middle School to High Schools.

LARC is developing a feature documentary entitled Hidden Bruises: HIV & Violence in the Caribbean, a documentary and awareness campaign contributing to the national and regional effort to reduce the prevalence of both HIV & violence against women in the Caribbean.

He continues his arts education and filmmaking work in the Caribbean at the Errol Barrow Centre for Creative Imagination, University of the West Indies, Cave Hill Campus, Barbados; coupled with his independent company Skylarc Pictures through the First Light Project Arts Education program.

Adrian Green and LARC are collaborating at Fresh Milk for the month of September and working on the production of a video short. See LARC’s shots from ‘working out the working out scene’ and moving through the bush on the location scout. Read Adrian’s blog entry which is in the form of poetry this week. 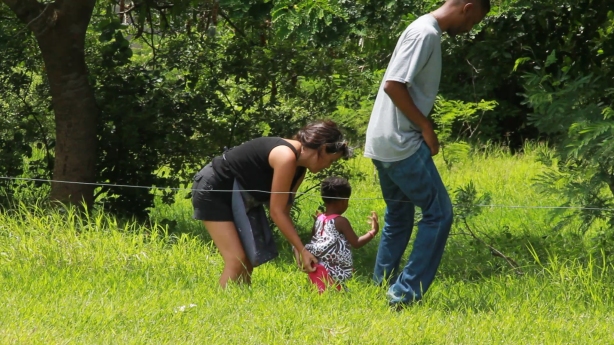 our guide through the bush on our location scout

the face of H(art)d Work 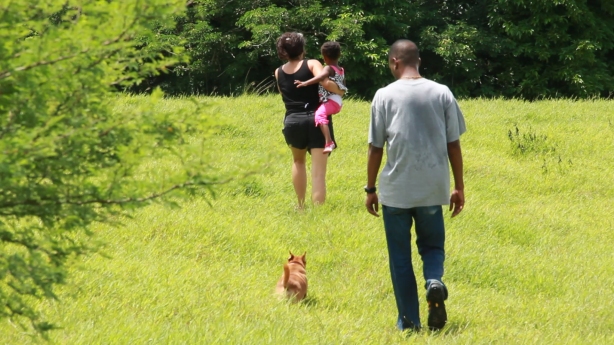 looking for the right spot

I instinctively understood it before.  But I can appreciate more now.  Film making in Barbados is H(art)D.  I’ll come back to that.

This process of film making is entirely new and fascinating to me.  This is my first time working in the medium and thus far it is very different.

This is my perception of the process thus far.  We are in the pre-production stage and at this point there is not a lot of “art” going on.  The “art” goes into the conceptualisation and production of a script and/or treatment, and the production of visuals in filming and editing.  Aside from that it is planning and administrative work to be done, to ensure that the small window we have for shooting does not close on us prematurely.

The planning involves scheduling, corresponding with actors, securing props, equipment and finalising locations.  In other words, looking around making calls and waiting.  This is hard work for me who is not the most organised and usually depends on no one and nothing but himself  to get his art done. This is definitely not a 9 to 5 type gig.  Long periods of seeming inactivity are set to be followed by marathon sessions of filming and editing.

Now on the difficulty of island film making…

Time and budgetary constraints make it so the local film maker must be extra creative.  I think I’ll call it “Jazz style film making” or “Mcgyver film making.”  This is because the of the level of improvisation, ingenuity and innovation required.  You may start with a vision but can expect that the flexibility of your creative muscle will be tested when lack of resources, responses, time and so on, require you to find new ways, approaches and ideas.

But then again, I guess this is not unique to film making.  That is just art.  Somehow though, it seems amplified when applied to screen.  Movie Magic? 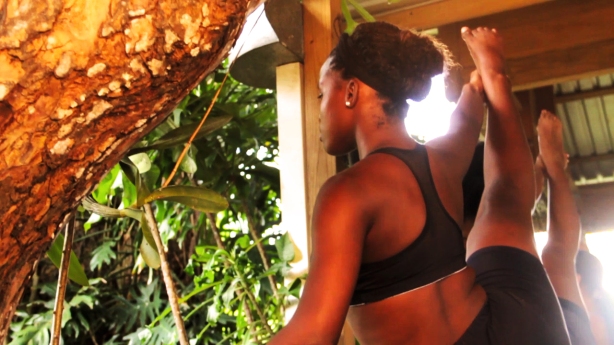 Take a look behind the scenes as the H(art)D work video evolves.  It is like the creation of a solar system.

Images from the mind of Director Larc, start to orbit around the the poem by Adrian Green.  Out of the chaos will emerge a new galaxy; a world created by the artists, the cast and the crew.  Like archangels aiding in the process of creation, they volunteered their time and energy.

But this time it will take more than seven days or a big bang and it will not come together by random selection.  This is a controlled burn over several longggggg days that has begun.  After repeatedly proclaiming “Let there be light,” and with all the pieces in place, the director will say, “It is good.” 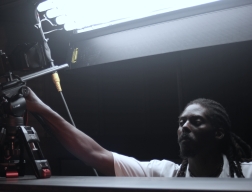 It is over but it is not done.  We are in mid labour with the video for the poem H(art)d work, conceived with Fresh Milk.  It will be a bastard child; born after the relationship of LARC, Adrian Green and Fresh Milk has officially ended.  But many so called illegitimate children have risen to dwarf the stature of their peers born and raised in the standardised arrangement.  Jesus comes to mind.

However instead of having one earthly parent, this project has three.

We cannot say for sure that this video child is immaculate.  It has not yet fully emerged from the womb.  We can see the head though, and it looks to be well formed.  As this is the first video adaptation of one of my poems, I feel confident though that I will be able to say, “This is my only begotten video, with whom I am well pleased.”

Till this long tedious labour is complete, all I have is faith.  Faith without works is dead, so to ensure that this baby is not still born, much work still remains.  This project has made a believer out of me.  I have a newer, fresher appreciation for the medium of film and video which is in many ways the polar opposite of my own preferred mode of expression.  One is more communal, the other solitary.  One is tech dependent the other needs only a black lead and paper.

So much frustration, so much back and forth, so many different personalities: I am not used to this.  In fact I actively avoid it.  Thank you LARC and Fresh Milk for forcing me to grow.

On to the next scene… 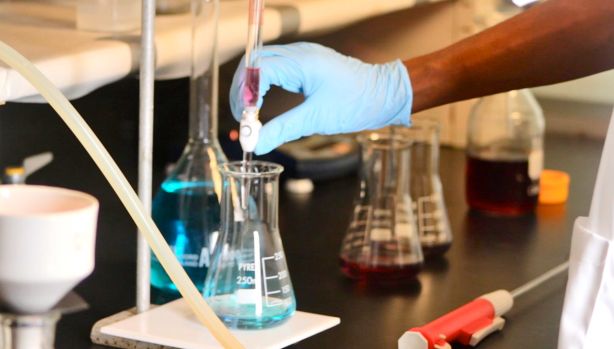