In May 2015, Barbadian artist Ronald Williams wrote a review about Frantz Fanon’s ‘The Wretched of the Earth‘ for the Fresh Milk Books platform; a book that addresses the complex role violence, protests and resistance play in decolonisation.

“My mind kept drifting across the Caribbean Sea as I read. It drifted and eventually channelled into the relatively recent acts of police barbarism in the U.S.A. It’s not because it’s a current issue that I feel connected, it’s slightly personal. I could just as easily be at the mercy of this brutality had I been born 20 degrees north and west.”

Five years later, Ronald’s words continue to ring true. We are not separate to this fight. Caribbean voices and experiences are a necessary part of the discourse as we not only empathise, but stand in solidarity against what is happening globally, and challenge the ways systemic racism has manifested and damaged our region.

Barbadian artist Ronald Williams, the recipient of the 2018 Fresh Milk ‘My Time’ Local Artist Residency, shares his final blog post. Ronald describes the last stretch of his residency as “bittersweet” for a number of reasons. Taking part in the second session of fellow resident artist Daisy Diamond‘s reading group yielded fruitful discussions, but was coupled with having to bid her farewell shortly after. Ronald also felt a renewed sense of clarity and conviction about the work he has been creating, but this was catalyzed by an unfortunate event that is telling of serious societal issues in Barbados. Read more below: 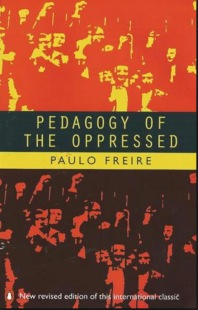 Last blog post I stopped at the end of Tuesday afternoon’s meeting with the class 4 students at Workman’s Primary. That same evening turned out to be an equally enjoyable exercise of a different sort. I had the pleasure of being a part of a sacred reading session, spearheaded by Daisy, where we engaged in a critical dissection of a few paragraphs of Paulo Freire’s Pedagogy of the Oppressed. I thought the discussions that arose from the text, as well as the tangential ones, were all pretty dope. Reading and learning like this is something I’d recommend to any person(s) seeking an in depth appreciation for what they are studying.

Unfortunately, the rest of the week took a bittersweet turn with an emphasis on the bitter portion of that concoction. Tuesday evening was to be the last day I saw Daisy, as her time in Barbados came to an end shortly after. A shame, as I felt I had gotten to know more about her in the last few times we were in the space together. I wish her the best. 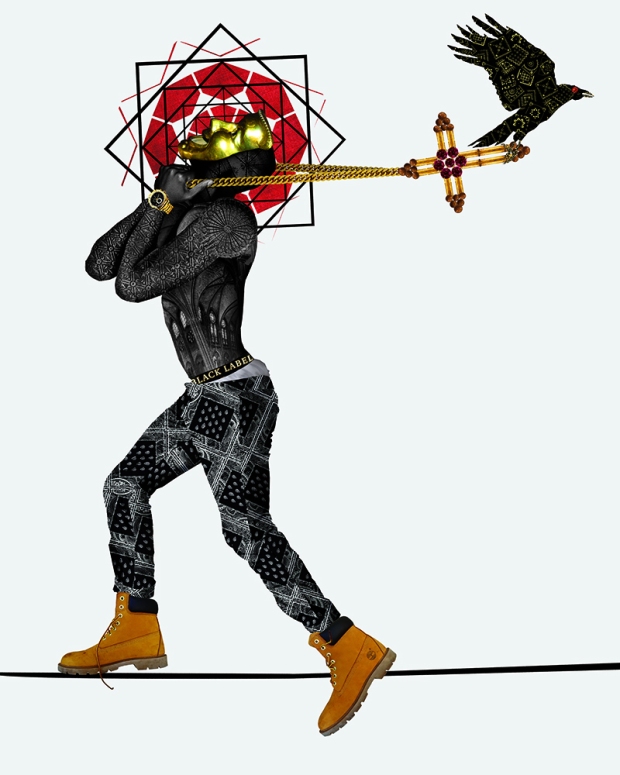 Then on a heavier note, serious, senseless but thankfully not tragic events unrelated to Fresh Milk occurred on what was to be my last day of the residency. While not affecting the space, these events did have a negative effect on my state of mind and mentality. It also got me thinking about the multiple times I’ve been asked why my work deals with certain subject matter by strangers and even family members. If I needed something to galvanize the conviction I have for what I’m trying to do with my work, it was what happened that morning.

I did manage to finish the piece I’d been working on the week before. That’s the silver lining from the latter half of week 4. I called it Noose-sense. An obvious play on the word nuisance, but I don’t think the reading of the piece will be as obvious. I like that.

All in all, what can I say at the end of these 4 weeks? It was quick, much quicker than I thought it’d be. I didn’t get as much done from the production side as I intended, but it doesn’t feel like a waste. If anything there’s a significant clarity in exactly what I want to do; now it’s just a matter of execution.

Barbadian artist Ronald Williams, the recipient of the 2018 Fresh Milk ‘My Time’ Local Artist Residency, shares his blog post for the three and a half week mark in the studio. This part of the residency was largely focused on production, taking the research and influences of previous weeks to experiment with pattern-making and digital collage. On Tuesday May 22nd, Ronald also led a collage & portrait workshop with a group of Class 4 students at Workmans Primary School as the community outreach component of his residency, where the children looked at African masks for inspiration and got creative and expressive with materials. Read more below: 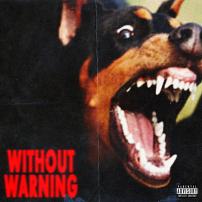 Week 3 Monday saw me start what I fully intended to be a productive week in solitude. Both Katherine and Daisy were out at the Barbados Museum and the Jewish Synagogue respectively, so I took advantage of my little alone time and was a DJ for a while. Side note: K. O. D. and Without Warning are hard and I’m a lot late to the party but Migos’ two albums are better than I thought they would be. Judge me.

So, first order of real business was to create the pattern I had in mind. The base design is actually the amalgamation of various prints, cut and pasted together in Photoshop and laid on top of a photo of a piece of black fabric. Took much longer than I needed it to. That base image was then flipped, duplicated, pieced together and the process repeated until I got what I wanted. With that, the day was almost up.

I worked on this piece for the rest of the week, getting lost midway, questioning what exactly I was trying to say with the piece and if I could properly translate how I felt without the reading of it going very left. We’ll see. 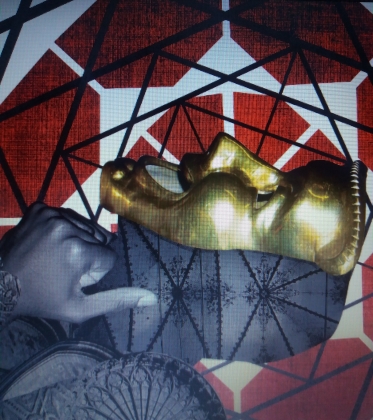 Week 4 Monday was spent preparing materials for an African mask inspired portraiture collage project that I, along with Katherine and Daisy, would conduct  with the Class 4 students at Workman’s Primary School the next day. This project, which was my community outreach portion of the residency, was my personal highlight of the last week and a half. Daisy, Katherine and I all ended up making one. It was fun.

All things considered, a relatively complicated week and a half where everything didn’t go to plan, but an ultimately satisfying one. 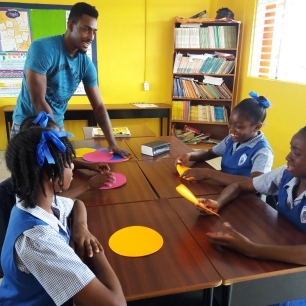 Barbadian artist Ronald Williams, the recipient of the 2018 Fresh Milk ‘My Time’ Local Artist Residency, shares his second blog post. In addition to catching up on his research using publications in the Colleen Lewis Reading Room, Ronald made site visits to the St. James and St. George Parish Churches as part of his interest in religious iconography and the relationship between spirituality, decadence and materialism. These visits, while awe-inspiring on the one hand, also prompted further thought around the role of organized religion in Barbados’ colonial history. Read more below: 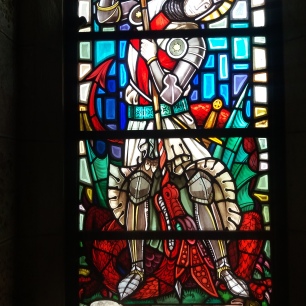 Since week 1 didn’t go exactly as planned, week 2 was spent playing catch up on the research I wanted to do the prior week. In my mind that leaves me square with where I wanted to be at this point when the residency started. In reality, I’m probably quite a ways off the mark, but I won’t realise that until later when I can’t do anything about it. No sweat, right?

The highlight of the week was definitely my field trips to the St. James and St. George Parish churches. I intended to do St. John’s as well but time didn’t permit. Maybe I’ll do that this weekend. Those spaces felt like an alternate reality; the contrast from the draining heat outside to the refreshing chill inside, the various sounds of life outside to the deafening silence of reverence.

There’s something to be said, for me at least, about the energy in the Parish churches when you’re completely alone. There was a pressure I can’t quite describe; I felt small, like who I am was insignificant in the light of those grandiose stained glass renderings. Maybe I am. 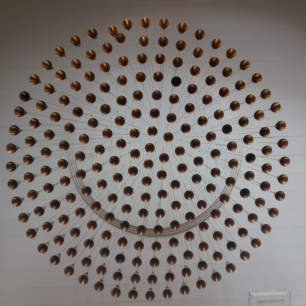 I understand the effect those structures are meant to have—and boy do they work—but it’s my knowledge of this that makes it hard for me to ignore the fact that the churches were built in the 1600s, that in their pomp and circumstance are enduring symbols of colonialism and imperialism.

The architecture, which carries specific elements which have endured through every great period of history was also very interesting to me. That led me to do some research on sacred geometry and the symbolism of shapes.

As it is, I believe I’ve got enough pieces to play with so it’s time to make this work. I think this week will be good.

Barbadian artist Ronald Williams, the recipient of the 2018 Fresh Milk ‘My Time’ Local Artist Residency, shares his first blog post. Fresh Milk is by no means foreign territory for Ronald, as he has volunteered with us and participated in a number of our projects in the past, but as this is his first residency within the space, the focus of his work while here has shifted – leaving a familiar platform open for new encounters & experiences. Read more below:

A new old space. That’s how this familiar environment feels. I’m used to the wind chimes, the mahogany pods licking shots on the roof intermittently and the moo-mooing along with the rest of nature, but something‘s different in this country atmosphere. It’s not a sense of purpose, as I’ve always felt that here, nor would I call it pressure; but maybe it’s an accountability/responsibility to get cracking and produce as much as possible in these four weeks. This is perhaps/most definitely driven by the fact that I’ve got a certain goal by the end of the year. More on that later. 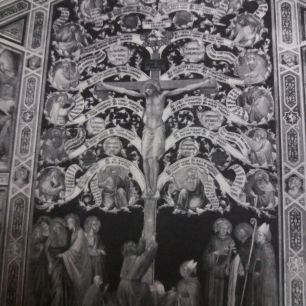 My initial plan was to gather as much potential reading material from the Colleen Lewis Reading Room and start doing some research in this space that I’m sharing with the quiet (as far as I can tell) and quite nice international resident artist Daisy Diamond. Given her focus on Judaism in Barbados and my ideas of decadence, materialism, mortality and their relation to religion/spirituality, I think there are interesting things to come.

I must confess to veering from my plan, as Sonia Farmer’s extremely dope work and setup kept calling for my attention. As a result, I put more of my energy into working on a piece I’d laid the foundation for just before the residency started. My time since has been split unevenly between producing and research. 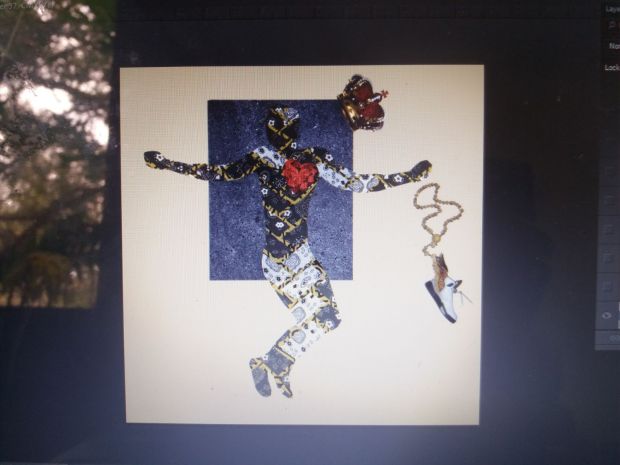 Then Friday came, and with it Amanda Haynes who was setting up for Fresh Milk’s reading room open day. And the critical conversations started, with it the jokes came too, and it was a throwback…no, a Flashback Friday if you will. An old face in an old space where new things are happening.

Last lunch with our final #artistsinresidence for 2020! It was a complicated time to host others from abroad and manage to honour commitments made before the pandemic began, but the Fresh Milk Team is glad to have found a way to facilitate these cultural and artistic exchanges safely in spite of the challenges and in compliance with necessary protocols. Thanks to @pascalefaublas and @aliyahhasinah for closing out our residency programme with us!
'Mètrès Fanm', the last piece by #haitianartist Pascale Faublas @pascalefaublas created during her residency at #freshmilkbarbados as part of an exciting exchange programme with @lecentredart in Haiti, supported by @UNESCO’s International Fund for Cultural Diversity and @fokalayiti!