Thais Francis, Trinidad-born, Brooklyn-based multidisciplinary writer and performance artist currently undertaking a Fresh Milk residency, shares her third blog post. Although her week was short as she visited another Caribbean island, she reflects on the importance of working hard without putting too much pressure on yourself. She also takes inspiration from the children participating in her theatre workshop at Workmans Primary School when it comes to being flexible and embracing activities without over-thinking or allowing self-doubt to set in. Read more below: 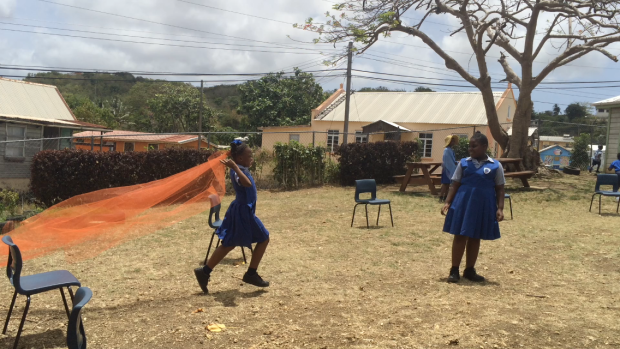 This week seems like it went by very quickly. I left the island for a bit, so I did some extra work prior to leaving. Finally, I have a skeleton of the screenplay. A beginning, middle and end. I thought I had to spend every second of my day, working on the script. Sometimes I did it after I left the studio – but I think that waiting, breathing and experiencing also helps the writing process. I’m getting used to the idea of not pressuring myself – glad that memo is sinking in, and
I hope it sticks when I return to the States. This upcoming week is about fine-tuning and serious focus to make it stronger. A psychiatrist in San Francisco who specializes in my subject area has agreed to be my script consultant, so I’ll be sending that over soon-ish. 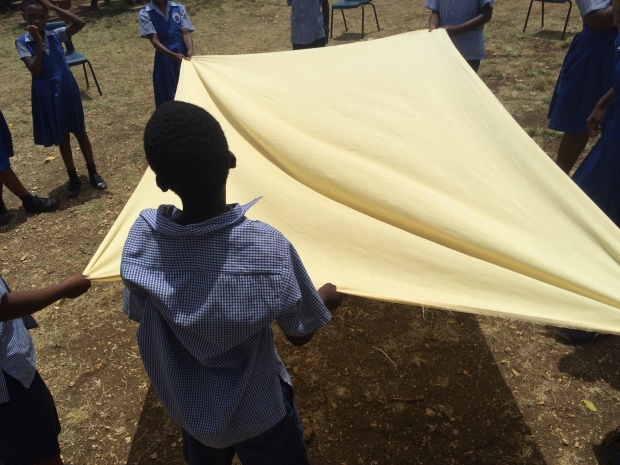 This week, I introduced costumes to the students. They adapt so well, I throw things at them, and they jump right in. Isn’t that amazing? How children can jump, or run, or laugh without thinking too much about it? Adults seem to second-guess, and seek permission; when did this carefreeness stop? Why did it stop? I personally prefer to have fun most of the time, even as an adult. We played impersonation games, I wrote scenes and broke them up into groups to perform for each other, and we worked on stage presence.

The regional residency Caribbean Linked VI, co-managed by @ateliers89 (Aruba), #freshmilkbarbados and @arcmagazine will be changing its focus this year in light of the severe impacts that the COVID-19 pandemic has brought upon the lives of artists regionally.
In autumn 2019, @nieuweinstituut joined forces with #TiltingAxis to offer a fellowship to an applicant based in the Caribbean. Cuban architect @fernando_martirena has been selected as the recipient of the Tilting Axis /Het Nieuwe Instituut Fellowship 2021/2022. Together with Anadis González, Martirena founded the architecture office @infra_estudio in Havana in 2016.