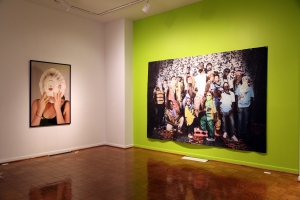 This monthly column will look at the practice of contemporary art from the Caribbean and examine issues surrounding the production and projection of the work into a wider arena. When considering the Caribbean, I think not only of the archipelago situated in the belly of the Americas but my mind travels across the Atlantic Ocean to other Caribbean spaces in Miami, Brooklyn, Toronto, Brixton, Amsterdam and further afar – the result of globalisation which began here centuries ago when the world came to shape plantation economies.

The link between the Internet and Artist Led Initiatives

Now, we experience globalization virtually.  The internet has opened up worlds of possibilities – significant for visual artists by facilitating the building of artist associations, allowing artists to access opportunities and function independently, and expanding awareness of work from the Caribbean.  This virtual gateway has become crucial since the feeble nature of the region’s formal art institutions has given rise to artist led initiatives orchestrated by very active visual artists who are reshaping the face of our art world.  Weary of a lack of acknowledgement or the formal institutional support required to take the visual arts into the 21st century, Caribbean practitioners have been renovating from the ground up by making refreshing work with breadth, depth and vitality while inventing constructive critical spaces to buttress their production.  Importantly, researchers are increasingly studying and writing about contemporary practice 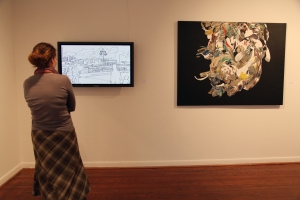 enriching the analysis of the work being produced.

These artist-led initiatives are exposing contemporary art to a wider domain. At this time, several Barbadians are participating in regional and international pursuits, expanding the latitude of contemporary art production nurtured by a south-south circuitry, vitally sustained by the informal networks.  For this first entry of Musings, I have chosen to highlight the current projection of Bajan artists.

The Reach of  Barbadian Artists

Global Caribbean began in Miami at Art Basel in December 2009 and in March 2010 was supported with the conference “Global Caribbean: Interrogating the Politics of Location in Literature and Culture”.  The exhibition was curated by Miami based Haitian artist, Edouard Duval-Carrie. http://theglobalcaribbean.org/about.php The three-day symposium included artists, writers, curators and academics discussing the Caribbean and its diaspora in relation to political, social and cultural issues. Canadian based, Barbadian, Joscelyn Gardner, (www.joscelyngardner.com) exhibited her work and was a keynote speaker in the symposium. The exhibition then moved to France and is now at the Museo de Arte Contemporaneo de Puerto Rico.  Joscelyn also has a solo exhibition at Adhoc Galleria in Spain, called “Tending to an “unspeakable” past”.   She recently collaborated on the Art Connections Residency Programme that brought together emerging Canadian and Barbadian artists who worked in Barbados throughout January.  Noteworthy, her print work was included in British author, Richard Noyce’s newly published book, “Critical Mass: Printmaking Beyond the Edge”.

Along with Gardner, three other Barbadian artists are currently showing work in an exhibition which opened in late January at the Art Museum of the Americas in Washington DC and includes works by Ewan Atkinson, www.ewanatkinson.com  Tonya Wiles and Sheena Rose.  Curated by Trinidad based visual artist and writer, Christopher Cozier, and art historian, Tatiana Flores; “Wrestling with the Image” exposes pieces by artists from twelve Caribbean countries.  The exhibition catalogue can be downloaded here at: http://www.artzpub.com/content/special-publications/wrestling-image

Shortly after “Wrestling” opened, Sheena Rose http://sroseart.tumblr.com/ travelled to Suriname to start her three-month residency at the Tembe Art Studio to work alongside two other artists from New York and The Netherlands.  Brainchild of Surinamese artist Marcel Pinas, the residency is part of his recently founded Kibii Foundation which includes an art park and art education centre housed in an old hospital building.   Tembe Art Studio advances the use of art and culture to positively influence the life and future of the local Maroon people.  Resident artists are required to build an installation for the park situated in the rural town, Moengo.  Sheena’s is a billboard project inspired by how local stores paint items for sale on the shop walls.  An article on Sheena’s work has been included in the current, inaugural issue of ARC – a quarterly Caribbean Art and Culture print and e-magazine, published by artists Holly Bynoe (St. Vincent/New York) and Nadia Huggins (St. Vincent/St. Lucia).  ARC was recently launched in New York, St. Lucia and St. Vincent and will soon become available in Barbados. http://www .arcthemag azine.com

The south-south web that has shaped the informal artist network continues to be successful because it has along-term vision based on solid, local foundations of inter-personal relationships among many practitioners.  These are dynamic times.  Stay tuned.

Annalee Davis is a visual artist who lives and works in Barbados. 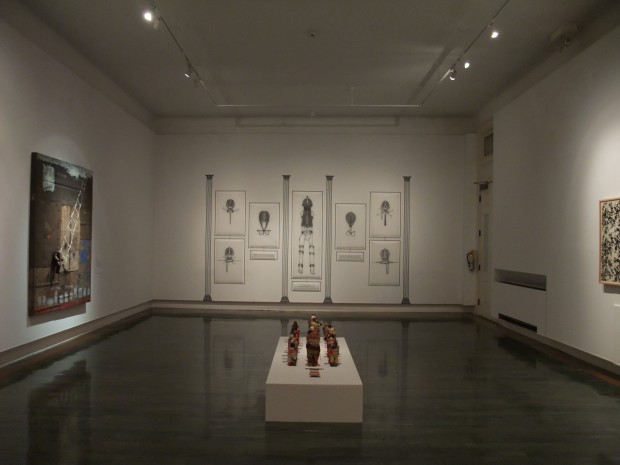