British-Barbadian poet and live artist Dorothea Smartt, who was in residence with Fresh Milk in November-December 2016, led a workshop on poetry and free writing with Class 4 students at St. George Primary School on January 16, 2017. Read more from Dorothea about this experience below. Thanks so much to the staff at St. George Primary for allowing us to host the session, and to the bright and enthusiastic children for embracing it! 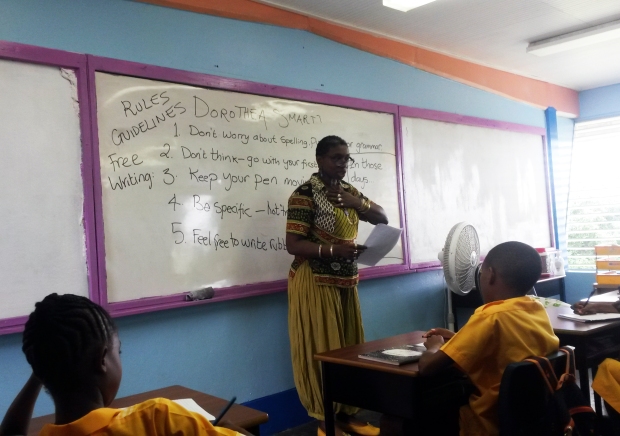 After a return to London to take care of pressing domestics, I reconnected with Fresh Milk in January. We had a good meeting with local St George Primary School in December. Katherine at Fresh Milk followed through, and we were given a date, Monday January 16, to hold an 80 minute session with some of the students.

We met the head teacher before going to the class. A junior class of curious boys and girls greeted us formally, after a brief introduction from their welcoming class teacher. Katherine introduced me as a Fresh Milk International Artist in Residence. I talked a little with the pupils about myself and being a poet. 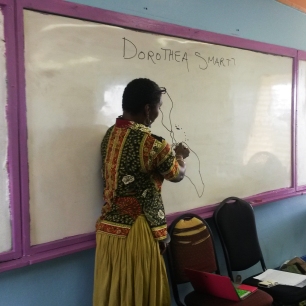 The class took part in a discussion on people leaving Barbados to go to work building the Panama Canal. I drew a rough map of the Caribbean, and they joined in identifying where Panama was. Some pupils, one boy in particular shared about great grandparents who’d gone to Panama. Some pupils were hearing about it for the first time.

I read them one of the poems about Panama that spoke of some of the men who died. And we spoke about the dangerous working conditions people endured. I guided the pupils in a free-writing exercise with a prompt: ‘In those days…” and they wrote for 3mins. They responded with enthusiasm. 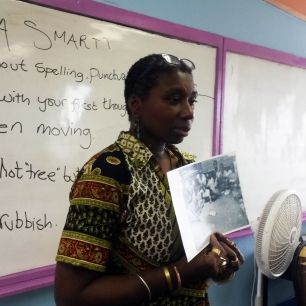 To follow I shared five old black and white photos of the Caribbean. These were from a learning resource pack produced by the (British) National Archive. The pupils worked in five groups with a photo each. First they discussed the image and were asked to imagine how they might relate to Panama workers. For example, they imagined a banana worker was harvesting food for the workers; a large drawing room, a place where bosses would have gathered to relax; and an image of a hut with a canoe outside a place where a worker may have lived and fished for food.

Then each pupil wrote a short poem drawing on our discussion, their free-writes and the photos. We had time to hear some of the pieces produced, which were full of imagination and insight.

I really enjoyed meeting these pupils, they were keen and interested. Their input, questions, and writing added to my own imagination, especially when it came to what the workers would have eaten! Hopefully my workshop is the start of an on-going relationship with Fresh Milk – as they have plans to work with this class on a future project! 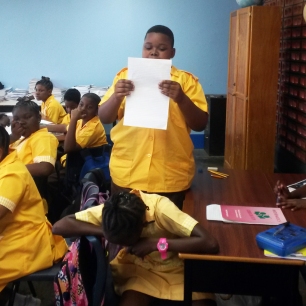 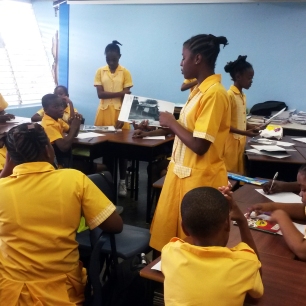 I had hoped to connect with the group in Panama again, and present something of my work and process. Time, internet and availability of space weren’t able to come together and after a discussion with Katherine/Fresh Milk, I let this go.

On this residency, the space, time to focus and reflect, discussions with Bajans and others, and the events I attended have enhanced me. I feel encouraged and affirmed on my journey with this research and the poems I written. There’s more to unfold and write, and this residency has definitely resourced me to carry on.