Bahamian writer Letitia Pratt shares her first blog post about her Fresh Milk residency. Letitia speaks of feeling a particular, loaded spiritual energy in Barbados, which she is responding to in her work while also conducting research around Caribbean myths and folklore, finding that she is being influenced in unexpected ways. Read more below: 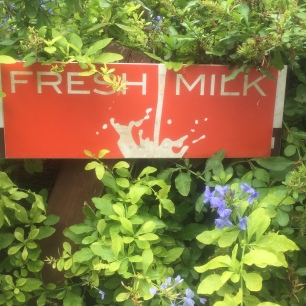 This Fresh Milk Residency that I was awarded is truly an invaluable opportunity, and I am immensely grateful to be here. When I received the acceptance letter, I knew its weight would be something that haunted me if I decided to let this residency slip through my fingers. So I prepared to make this trip, driven by the…feeling that this June, this residency is where I am supposed to be.

As I landed in Barbados late Sunday afternoon, I was immediately overwhelmed by the spiritual energy of this place. It was bright and rushed over me like rain water. I came here intending to write poems of a woman and her lover, but I am letting the piece run away with the aura of this island. I let it go freely, allowing the words to find themselves on their own, and soon, my protagonist began to show herself to me.

The poetic narrative that I am writing centers around a Hag Woman (or the Ole-Higue, the Soucouyant, the Loogaroo) that my grandmother told me stories of just to frighten me as a child. Prior to my arrival here, my research on this character focused primarily on what the legend meant to Bahamian women in particular. However, as she found her words, the character began to reflect the feminine resistance to the silencing that patriarchal religions (read: Christianity) have enforced on African women over centuries of colonization. I began researching the religious origins of her story and discovered that the Hag character is a woman who holds great spiritual power. It is appropriate, then, that I write of this woman in a place that is enveloped in great spiritual energy.

The misogyny reflected in the relationship between the woman and her lover, then, intensifies if one considers the religious (read: Christian) demonization of the feminine. The Hag Woman’s reputation reflects the effort of the patriarchy to proclaim that non-Christian feminine religious symbols and people (i.e. cats, witches) are inherently evil. Presently, I am still researching the religious role of the Hag character in African religion, and every so often, Katherine or Annalee would silently place a book on Caribbean myths and religions beside me as I am lost in thought about the Hag Woman and her words.

Katherine and Annalee have been so helpful and accommodating during my welcome here that I hardly realized that the week went by. I am thankful for their support and really admire the artistic community that they have created here at Fresh Milk. Hopefully, the wisdom that I gain here from them both, the other artists, and the spirits of this place will be reflected in the piece as I write. 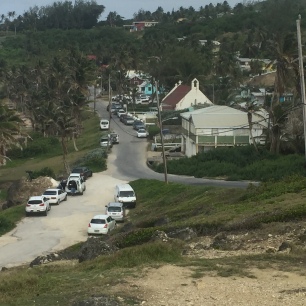