On Monday, November 12th, 2018 Third Horizon Media, Miami, collaborated with the Fresh Milk led initiative Transoceanic Visual Exchange (TVE) to curate a small screening of a selection of video/film work by Caribbean artists as part of their contribution to the 2018 Miami Book Fair. 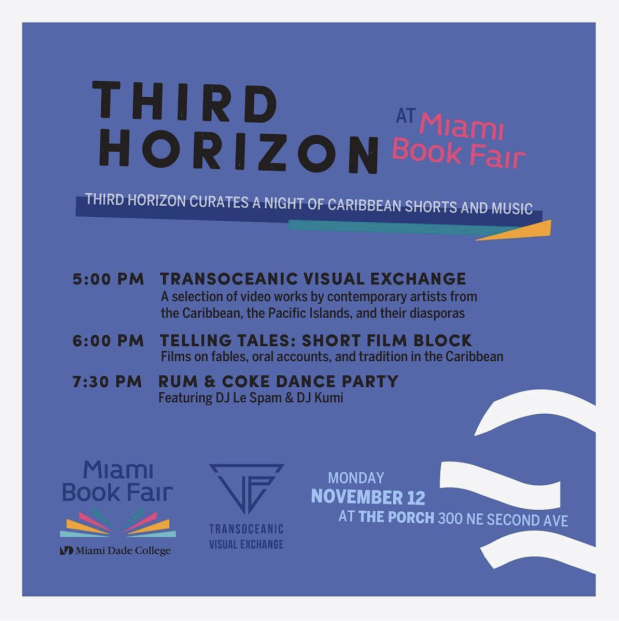 Transoceanic Visual Exchange is a selection of video art by artists practicing in the Caribbean, the Pacific Islands and their diasporas. This edition of TVE was coordinated by The Fresh Milk Art Platform (Barbados) in partnership with Footscray Community Arts Centre (Melbourne, Australia) in 2017, with additional screenings taking place in collaboration with Deakin University (Melbourne, Australia) and Third Horizon Media (Miami, USA) in 2018. 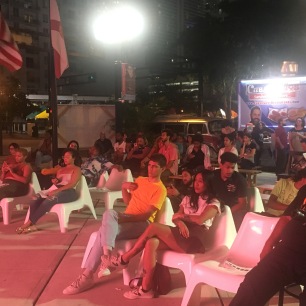 Click here to see the PDF of the event program: 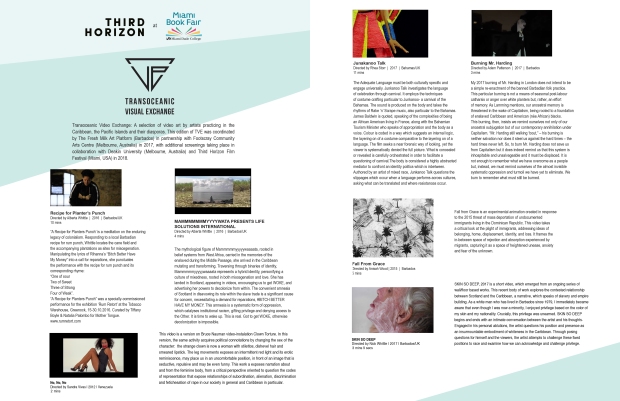 Third Horizon is a Miami-based Caribbean filmmaking collective and media company dedicated to capturing the sights and sounds of the Caribbean and the so-called “third world.” The collective’s projects have screened at festivals around the world, including Sundance, Toronto International (TIFF), International Film Festival Rotterdam and Sheffield Documentary Festival, among others.

The collective also stages the annual Third Horizon Film Festival, which aims to empower and celebrate fellow filmmakers and projects focused on the Caribbean, the Diasporas that formed it, and the Diasporas formed by it.

About The Miami Book Fair:

The fair, which has become a model for other fairs across the country, brings over 300 renowned national and international authors exhibitors to a weeklong celebration of all things literary and includes pavilions for translation, comics, children, and young adults.The mission of Miami Book Fair International is to promote reading, encourage writing, and heighten an awareness of literacy and the literary arts in the city’s multi-ethnic community.The eight-day book festival has draws hundreds of thousands of book lovers to downtown Miami each November for a festival of all things read and written.