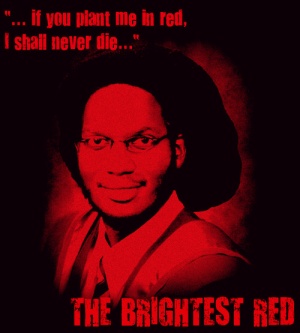 Ah boy, what a week, what a time, what an experience. So last week I turned to my third superpower, directing. As stated in a previous blog, I decided to take two scenes and these are the scenes I felt were somewhat ready. The whole play is still under development. Both scenes will be treated as a reading/dramaturgy. I prefer to present them for those purposes, for constructive criticism and to hear it out loud and to make the necessary changes.

In casting I chose three of my members from Yardie Boy Theatre as well as other performers who I am currently ‘scouting’ for my company. We have a thing that you must do three finished productions to be a part of the company, based on talent, professionalism and chemistry. Cast is as follows:

We had three days to do rehearsals, two being at Fresh Milk and one at the Good Life café. Being with most of my cast the first day and their reading the excerpt for the first time, they all agreed they felt it was a necessary piece to do. Deevon felt Yardie Boy is always pushing the envelope and without apology bringing pertinent issues to the fore. Adrian felt the conversation between mother and son felt authentic and really mimics I’Akobi’s and Maggie’s character. They were all happy to be a part of the piece.

The scenes I chose are the following:

The company or the body of actors started off with one of Emperor Haile Selassie I’s most famous speech ‘War’ (most famously known when Bob Marley ‘musicalized’ into the song ‘War’.

I chose this speech because of the ongoing tribal war and friction between the armed forces and Rastafarians and other indigenous spiritual concepts in the Caribbean. The profiling is real, it is not a myth. When Selassie spoke these words that were very uncomfortable to an audience at the UN, his beloved Ethiopia was under siege by Italy, being the last free sovereign African state. Not to be mistaken as a speech of defeat, but a warning of what you put in, you will get back.

“…And until that day, the dream of lasting peace, world citizenship, rule of international morality, will remain but a fleeting illusion to be pursued, but never attained… now everywhere is war…”

The scene captures the three policemen’s (Adrian Green, Deevon Clinton & Joseph Volney) testimony of the event that took place on the day that I’Akobi died. I chose to break the 4th wall and let the characters address the audience to plead their case of innocence and how they respond in matters of dealing with ‘suspicious characters with dread locks’. The dialogue goes in and out of two spaces, one where the characters explain how the procedure works and the other dialogue in dealing with how they felt dealing with I’Akobi. The actor playing I’Akobi (Levi King) stayed silent, slumped over bareback in boxer shorts with his locks draped over his face. The policemen repeated the mantra ‘We have done nothing wrong, we took orders and we followed them’.

After the final mantra, the singers Deevon, Dorhonda and Teila broke into song ‘Guiltiness’ by Bob Marley (I’m a huge Bob fan, as I am writing this, I’m listening to Bob).

As stated previously, I am experimenting with the notion of ancestral conversations between I’Akobi and his mother Maggie. This scene Conversations II, brings about the reason for the colour Red and its significance to his funeral and to this play. I’Akobi converses with Maggie about his defiance against death, his love for his spirituality all through professing his immortality. When you really study it, the brother isn’t dead at all. His graduation picture is ever present all around Barbados, from shirts, posters, pins, murals, the internet, I’m sure its gonna be just as iconic to Barbados sometime as Che’ Gueverra’s image in Cuba…doan laff…I serious. An image of injustice and immortality.

I decided to use the image of the pieta, for those who don’t know, that is image done by Michelangelo depicting Mary holding Christ’s naked tortured body after the crucifixion.  During this, Maggie wraps her son in a large red clothe. “…Red is the sign of life…Once you plant me in Red, I will never die…”

After the scene, the singers sang ‘Selassie is the Chapel’, Bob Marley’s last recorded song about his devotion to his savior. Within the scene I’Akobi talks about his devotion to his faith and how he wants to be planted into the ground through Selassie’s name. I had a conversation with Adrian Green about some people who always have that thought provoking conversation in which they describe how they see death and how they want their celebration to be. I remembered talking to my best friend Michael St.Hill before he died when we were 17, he said he wanted to live to 100, and last year in memory of 10 years of his passing, I sprayed painted on my set of ‘De Angry Black Boy Tantrums’ ‘RIP Mikey’.

One of the patrons and fellow artist Sheena Rose said she felt eerie about seeing Levi’s locks covering his face with his locks, and the stigma dread locks still hold till this day. Though the actor was faceless, it didn’t matter it could happen to anyone.

Friend and fellow theatre practitioner Ayesha Gibson-Gill credits my mentor Sonia Williams for her strong influence on me for tackling ritual theatre and the good effort into it.

The response from the audience was very positive one. We recorded the performances and posted it on youtube here.

So far the biggest question we have been getting is ‘when is the full product coming out’. I really cannot answer yet, I’m still working on this draft and will continue to work on it to perfection and till I am ready to showcase it.

I wanna large up and big up de massive and put de people pun God and Goddess status:

The Good Life Café, for the one good night for our reading.

My art family for coming, doesn’t matter who came late, you came.

The Justice Committee, Ayesha, Kudos and of course Mother Maggie for the support and love.

To a special person who called and check up on me and kept me positive, you know who you are.

An’ de largest one, de Fada above who bestowed upon me talents and surrounded me with wonderful people in my life.

“…A house built on granite and strong foundations
not even the onslaught of pouring rain
gushing torrents
and strong winds
will able to pull down.
Some people have written the story of my life
representing of truth
what in fact derives from
ignorance
error
or envy.
But they cannot shake the truth from its place
Even if attempt to make others believe it…” 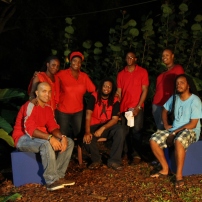