Simone Asia, current artist in Fresh Milk’s 2015 ‘My Time’ Local Residency programme, shares her second blog post. Continuing her exploration of nature, Simone has managed to begin some of her new ideas – despite a few surprises along the way – and in addition to colour, she is also playing with materials and processes during her residency. Read more below:

Another week of the residency has passed and this one was very hectic. Yes, I started the portrait, but I did not get as much done as I would have liked due to a very busy schedule. Most days I got on site in the afternoons which only allowed me four or five hours to work as opposed to the seven or nine I did most days last week. 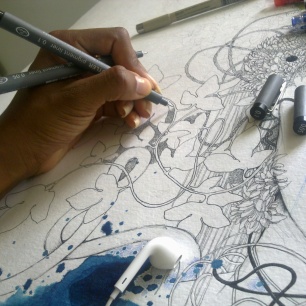 Nonetheless this week was interesting. My two phones have been restored and I sourced an old iPod nano to occupy my ears with music and thus quieten my thoughts. Yes, I’m back with the technology, but I will say I paid little attention to them and focused more on the natural elements around me. I did a couple more experimental drawings and reflected on what happened last week to gather inspiration for the portrait. I also explored the land for textures and patterns in nature and observed the happenings on the farm with my two furry pals Rico and Mica. On my breaks they would accompany me while I relaxed and gathered my thoughts. 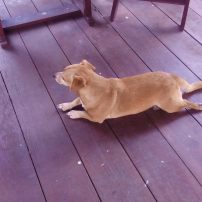 I had a couple of frights this week – I was attacked by bats when I was leaving Fresh Milk on Wednesday.  I think they were trying to intimidate me by flying at my face. On Friday, I nearly sliced opened my face with a retractable box cutter trying to renew the blade. They never mention these hazards in the instructions for awkward people like me. 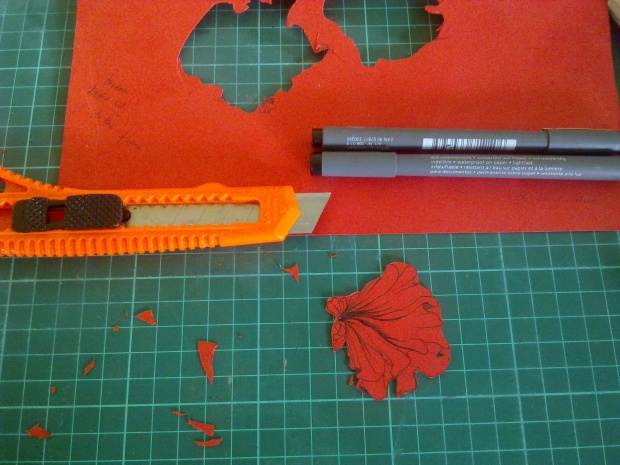 This week, my attention was shifted to the animals like the bats, a lizard who I named Komodo because of his large size, the local visitors – the troop of green monkeys who would pass through on afternoons looking for food and swinging on trees (I am afraid of monkeys so these visits were usually uncomfortable), the birds – especially the dove who always tries to build a nest inside the Colleen Lewis Reading Room, and the cows. 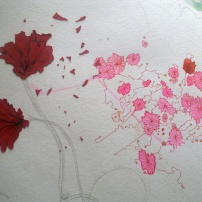 I got to see the cows being brought out from the milking stations to the fields. It may not sound like much but I thought it was a spectacular sight. I watched as the herd with their heavy udders huddled and strolled down the path. A flock of egrets flew out of nowhere, seeming to accompany them. I watched this majestic sight in awe because I have never seen anything like it. I have not seen Bambee this week. I wonder if she is avoiding me, or has she noticed me yet?

Over the weekend I bought some more art materials. Since I have started the portrait, I am now eager to try out collages; not full blown collages, just minimal ones for now. This week, even though I did not spend as much time as I would like, I still managed to write down a few ideas there.

Find us on Res Artis