This residency has brought me to a new level of possibility in my work. I am extremely grateful that I’ve had this opportunity. Every single moment has been a chance to learn and grow and be inspired. In Barbados and Grenada I absorbed more natural beauty than I ever thought possible. I have also seen the value of being part of new (to me) conversations in new (to me) places. I have learned a lot about myself and my limits and my strengths. I am filled with an incredible amount of inspiration and I am excited to see how it all manifests in my work.

Fresh Performance: Contemporary Performance Art in NYC & the Caribbean, the documentary that I came to this residency to complete, came out very differently from what I expected (but I expected that as well). During the last two weeks of the residency, the video took a huge turn. Its form completely transformed. When I was in Grenada, I found myself editing out huge chunks of the film. Things that just weren’t moving me in the same way that they had before. It became clear to me that if I was no longer finding it interesting, there was no way I could expect an audience to care. I began to leave in only the portions of the interviews that clearly explained the importance of performance to these particular artists. I wound up cutting about two-thirds of the piece. It went from about 90 minutes to roughly 30 minutes. Then I had to rearrange the clips so that the words of all of the artists I interviewed flowed together. It wasn’t until I got back to New York that I realized that the project had taken shape based on the conversations and experiences I had during the residency (which I think must be the entire point of a residency anyway). 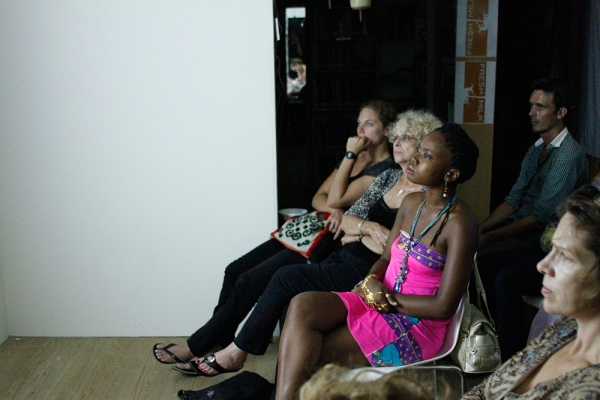 Damali during the screening of her documentary. Photograph by Mark King.

The final presentation far exceeded my expectations. People in the audience were excited and inspired and said that they learned a lot about performance art from the documentary. I had been feeling pretty wrung out trying to get it done on time, and felt good that my intentions had come across clearly to the audience even though I view it as a work in progress. The audio was not as smooth as I would have liked but the next day I sent it to someone to have it cleaned up, because I have an opportunity to show Fresh Performance again very soon.

The documentary will be part of an exhibition called Face Time: New Portraiture Now opening on Friday November 8, 2013 at Ground Floor Gallery in Brooklyn. I am excited to see how it is received in a gallery setting where people are just seeing bits and pieces of it versus the sit-down screening that we had at Fresh Milk. Also, how will the New York art audience’s response compare to the Barbadian art audience? The questions that led to this project about art in the Caribbean and in New York are even more intriguing to me after this experience. I want to continue to find ways to keep that conversation going. Especially since many of us in New York are either born in the Caribbean or are part of the Caribbean diaspora, it seems like a natural discussion to continue having. 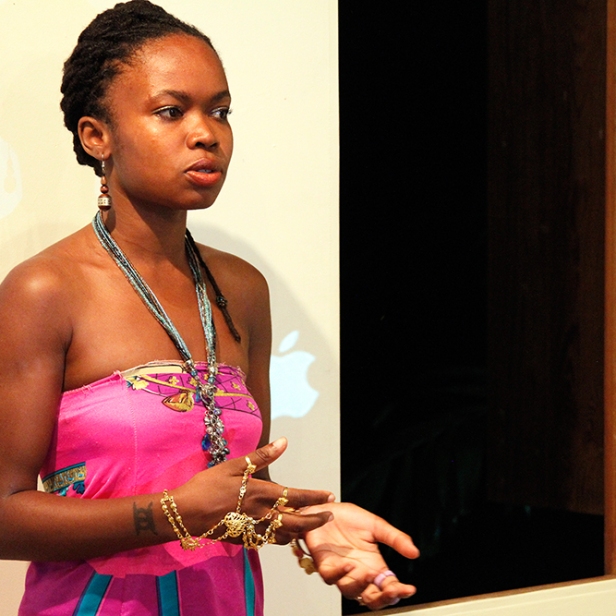 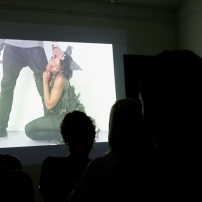 I cannot thank Fresh Milk and Groundation Grenada enough for allowing me this opportunity to travel through art and connect with so many artists and creatives. I felt completely supported and because they were willing to believe in my work and invest in me, I feel more confident in my work as well. And thank you to the twelve amazing artists who were willing to share their time and their processes with me. I would also like to thank the U.S. Embassy Bridgetown for funding this residency.