We are excited to announce that Barbadian artist Versia Harris will be going to Sao Paulo, Brazil for seven weeks on Sunday, May 24, 2015 for a residency with Casa Tomada.

This collaborative programme organized between Fresh Milk and Casa Tomada will see Versia working alongside Brazilian artist Janaina Wagner, interacting with arts professionals, producing and showcasing her work, exploring the Brazilian art scene and looking into the possibility of furthering her studies in Sao Paulo.

Congratulations, Versia! We look forward to keeping up with your residency as it progresses! 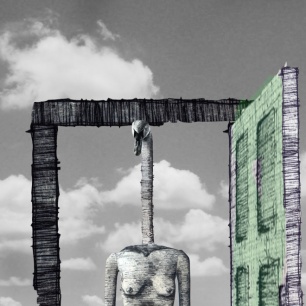 Versia Harris is a Barbadian artist living and working in Weston, St, James, Barbados. She received her BFA in Studio Art in 2012 and was awarded The Lesley’s Legacy Foundation Award, an annual prize given to the top graduate. She participated in her first residency with Projects and Space in 2011 and has since completed a residency with another  local organization called Fresh Milk, followed by a residency at the Vermont Studio Center, and residencies at the Instituto Buena Bista, Curacao and Alice Yard, Trinidad in late 2013. In 2014, Versia’s work was featured in the IV Moscow International Biennial for Young Art themed ‘A Time for Dreams’. She was also apart of the follow up exhibition ‘MOMENTUM_InsideOut screening of ‘A Time For Dreams’, Berlin. Her animation ‘They Say You Can Dream a Thing More Than Once’ was awarded ‘Best New Media Film’ at the Trinidad and Tobago Film Festival, 2014. Versia tackles perceptions of fantasy in contrast to the reality of her invented characters. 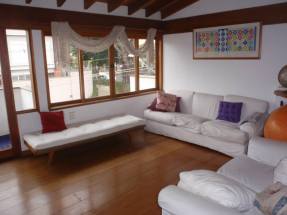 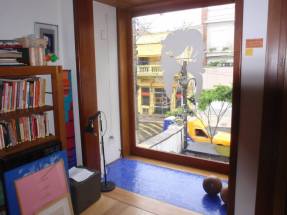 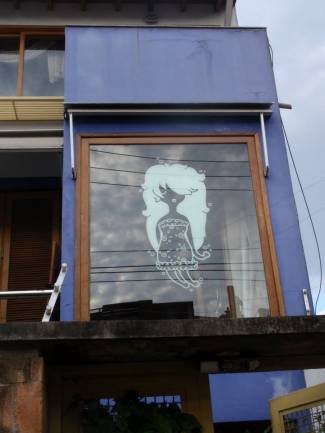 Founded in 2009, Casa Tomada is an independent space for practice, research and reflections of artistic nature. Concerned with the entire process, instead of focusing exclusively on the final work of art, Casa Tomada encourages discussion about emerging contemporary art, not only stimulating the development of artistic and theoretical practices motivated by shared experience, but acting as a catalyst for experiences and connections between artists, researchers, and other independent artistic initiatives. During these years, Casa Tomada organized 8 residences, 2 in partnership with Videobrasil, and one international exchange between São Paulo and London with the Delfina Foundation. Casa Tomada has also run other kinds of programs, all based on young artistic production, connections between different spaces and interdisciplinarity.

#freshmilkbarbados is relaunching our open call for Haitian artists as the second stage of our partnership with @lecentredart, Haiti, part of an #artistresidency #exchangeprogramme betwteen Haiti and the wider Caribbean to create opportunities for #womenartists, supported by @unesco’s International Fund for Cultural Diversity (#IFDC). . This segment of the programme invites women artists from Haiti or its diaspora to apply for a fully funded, one month residency at The Fresh Milk Art Platform in Barbados from May 4th – 29th, 2020. The deadline for submissions is February 21st, 2020. . See link in bio for more information! . #lecentredart #Haitianartists #Haiti #Barbados #womenartists #caribbeanartists #caribbeanculture #caribbeancontemporaryart #SupportCreativity
#freshmilkbarbados is excited to share our 2019 #YearInReview newsletter! (link in bio) . At the Fresh Milk Art Platform, we believe in the visual arts and its capacity to empower young artists and bring the Caribbean closer together. Through our local, regional and international programming, we have witnessed the benefit of investing in the arts, a sector that is increasingly vital now more than ever before. . With your valuable support, we will continue to contribute to the professional development of visual artists in Barbados & the Caribbean. . The Fresh Milk Team offers warm thanks and deep gratitude, and invites you to reflect on 2019 with us! . #caribbeanartists #caribbeanculture #caribbeancontemporaryart #criticalcreativefresh