Mother Tongue, the curatorial duo of Jessica Carden and Tiffany Boyle, share a blog post about their second week at Fresh Milk, which kept them busy with a number of meetings and visits. These sessions were not only with artists, but also focused on the island’s history, geography and social environment; topics that feed into a number of the art practices they have encountered so far, and contribute to Mother Tongue’s overall understanding of the space. Read their report below: 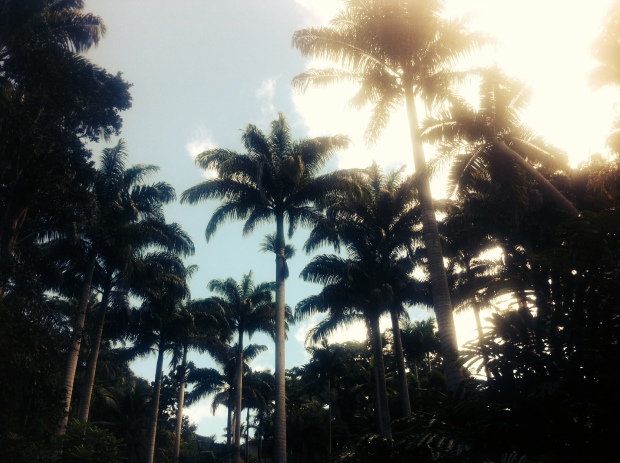 Whilst our first week in Barbados took the form of an introduction to Fresh Milk, the reading room collection and the studio space, our second week has been a flurry of meetings, studio visits and trips around the island to meet with various individuals, museums and organisations. It has been a week of connecting with a whole host of people who are instrumental to the arts scene here on the island – both in the past and in the present – with established and emergent practitioners. We have also consciously widened our scope to look at the rich histories outside of the arts, but which have been preoccupying local artists, such as the sugar industry, tourism and the colonial role in the horticulture of the island.

On Monday we met with the Barbadian artist Alberta Whittle, who we were originally introduced to in Glasgow whilst she was studying at Glasgow School of Art. Alberta gave us a tour of the National Museum of Barbados, and provided a brilliant insight into her position as a Barbadian artist who has become established outside of the island but returns regularly to make work here as an invested member of the arts community. Alberta also introduced us to our very first Caribbean snow cone, which consists of crushed ice, sugar syrup and condensed milk; perfect for a Scottish sweet tooth! We attended a lecture at the museum which was focused on the evolution of the tourist industry here in Barbados from the early 19th century onwards, and how it has become central for the islands’ economy, which was for such a long time monopolised by sugar cane. 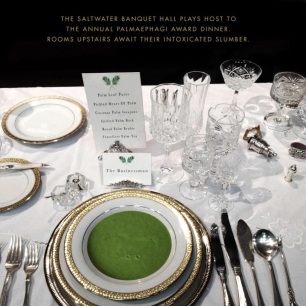 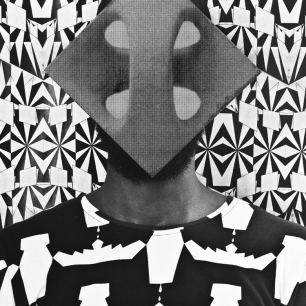 Having become aware of their work through various Caribbean art publications in the Fresh Milk reading room, Director Annalee set-up studio visits with the artists Ewan Atkinson and Mark King. We were really lucky to have caught a sneak preview of Ewan’s exciting new work for the Havana Biennial which he will be taking over later this year. He also gave us some really interesting background information to his recent series ‘The Neighbourhood Report’, which comprises of several fictional characters exploring notions of identity, sexuality and gender representations. In our conversation with artist Mark King, he charted his journey from the US and Holland, and why he has chosen to return to Barbados to make it his base, while he continues to exhibit internationally. 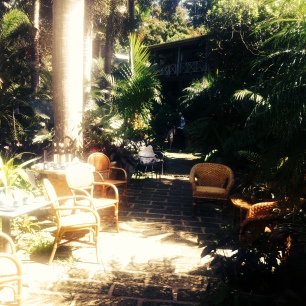 This week we have also been really fortunate to spend some time with the artist Holly Bynoe, who is also the Co-Founder and Director of Caribbean Arts and culture magazine ARC. Throughout her career as an artist, researcher, curator and writer in the Caribbean, Holly has been an invaluable source in providing references and links to artists and projects across the region. We were able to discuss the role ARC magazine has been taking as a platform for many projects – written and beyond – over dinner with Holly and Assistant to the Director Katherine Kennedy, who is also an artist and an integral member of the Fresh Milk team. 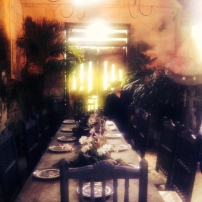 On Friday we were introduced to the artist Denyse Menard Greenidge, who founded Dayrells Art Gallery in Barbados in the 70s, and continues to curate the work of Barbadian artists locally and internationally. Talking us through documentation from the 70’s and 80’s, Denyse was able to provide us with an overview of how governmental support for the arts has changed over the years and how this has impacted the current activity on the island. We visited her husband Newlands Greenidge‘s self-founded Springvale Indigenous Folk Museum, which is located in the Scottish district on the east of the island. The museum hosts a collection of artefacts which describe what life would have been like on the island in the early 19th century. Created through a labour of love by Newlands and Denyse, their passion for the island’s history is clear through the wealth of information they provided about the collection and its significance for Barbados.

In our second week, we were also visited in the Fresh Milk studio by Sean Carrington, Professor of Plant Biology at the University of the West Indies, Cave Hill Campus. We had a really stimulating conversation about the importation of species into the island, indigenousness and plant life, and the problems language causes between islands in the region, in terms of classification and keeping track of plant populations. Following our meeting with Sean, we went to meet Dr. Anthony Kennedy, Director of the West Indies Central Sugar Cane Breeding Station. The station is one of the most successful breeding centres in the world, whose work and research helps to develop sugar industries across the Southern Hemisphere. During our visit we were talked through the history of sugar on the island, and how it formed and influenced the way we see not just the agricultural formations but the human geography and architecture of the island too. This history is so significant for any attempt to understand the island, and it’s something that we’re trying to grasp as best as we can during our visit.

We look forward to a busy third week that will include two presentations at Barbados Community College on curating, and a re-screening of our ‘Afrofuturism’ programme, originally developed for the Africa in Motion Film Festival 2012.