Ark Ramsay shares their first blog post about the 2019 Fresh Milk ‘My Time’ Local Residency, which for the first time is focusing on research and writing practices. Ark speaks about the anxieties and concerns they have around returning to Barbados after completing an MPhil in Chinese Philosophy in Shanghai, while embracing the possibilities this residency has to offer and learning to re-inhabit the role of “Barbadian writer”.  Read more below:

Honestly, I was worried about coming to Fresh Milk.

In the weeks before arriving, I burdened the space with a whole pantheon of anxieties. There were the familiar deities: Will-The-Work-I-Produce-There-Be-Any-Good (horned, feral, a biter); Is-This-Work-Even-Worth-Producing-At-All (tentacled, perpetually bored), and Will-I-Make-My-Page-Count (incarnated as everyone’s least favorite Primary School teacher).

I set about packing up my life in Shanghai, trying not to take notice of the fourth entity–larger than the others, skewed by perspective until all I could make sense of were the cracks in a cloven hoof–How-Do-I-Really-Return.

When I left Barbados, I abandoned writing altogether. I thought: “I’ll make a fantastic something-else”. I ditched narrative, dumped characters, and abandoned plots. I dislocated from the part of my brain that thought of itself as a ‘Barbadian writer’.

Or at least I tried to.

I still bought journals. Still scribbled notes in them. Still planned and orchestrated worlds. I could not seem to discard the machinery I had oiled so diligently for a decade.

So I returned to the island in the dark of memory. I smuggled back entire ships, boardwalks, car crashes, love stories, robots (who walked the length of Bathsheba), and dysfunctional families. I did all of this like a cat burglar until there were clear partitions between myself and the island. There was Ark the writer. Ark the islander. I began to feel like a tourist in my own dialect.

Arriving at Fresh Milk, under old-growth mahogany trees, I ruminated on what I hoped to achieve (and not achieve as in the ‘I’ of productivity, but achieve as in the summit that you reach in tandem with someone else)–I came to a realization. I wanted to be inundated with influences. To be upended.  To walk the long path home.

On the first morning, Annalee handed me a red box.

It was Sonia Farmer’s strip-mining of Ligon’s “True & Exact History of Barbados”. She took his ‘accounts’ and reworked them, using his own words to uncover the silent-underneath. She questions the audacity of a “true” and “exact” anything. It was a simple gift: a reminder that the way back is via new trails in the oldest paths.

It liberated me into the rest of the week. I realized that this could become an artist’s retreat. The sense of retreat as wound-licking/marshalling the remaining forces/recalibrating. I looked around to find that the space was peopled not by anxiety-gods, but cows, and Mica–who must be some kind of Obeah Dog–because her presence brings with it an overwhelming calm.

I began to devour the library. It seemed to contain the exact mixture of books that I needed. I was handed a captivating review of Paulo Nazareth’s work–particularly News from the Americas (2011-2012)–where he left the state of Minas Gerais and travelled by bus and foot, traversing 15 countries before arriving in New York. He did this, without washing his feet, until he reached the Hudson. He carried the Americas on his body. Art as dirt that can be washed away.

This flowed into “Learning to Die: Wisdom in the Age of Climate Crisis”, meditative essays that try to retool traditional Socratic virtues so that they’re useful at the end of times–when the dirt of man catches up to the rest of us. Dirt. Dust. Carried on our skins or washed away forever. I read, surrounded by impossible beauty (and the lowing of cows), trying to bank all of these impressions.

No longer thinking, will this be useful, but trying to trust in the process.

On Wednesday, we were visited by Ewan Atkinson (visual artist/most engaging person in a room), who showed off one of the pieces from his mind-bogglingly intertextual work, “The Neighbourhood Project”. He built a board game that is a kind of ‘found object’ within the narrative of this fictional neighbourhood. While setting it up he reiterated what had become gospel by this point, that the filtration process–the coming together of ideas–is a slow, slow burn. Something found today can be used in twenty-five years.

The lesson of week one seemed to be: time.

So I tried to give myself time, and space, to hack away at what I am working on. Hack being the right word, but a cruel word. To move from short story writing, to novel writing, feels like stripping naked in Broad Street–but forgetting (halfway through) how buttons on clothes work. It’s a fumbling, stumbling, soul-baring process.

But this seems a good place to begin. 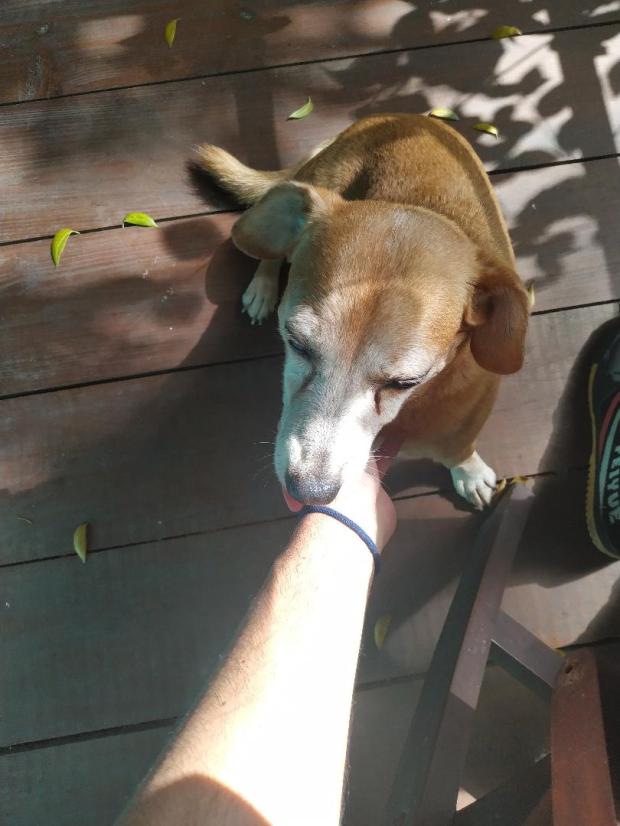 Reposted from @lecentredart:
#freshmilkbarbados, @futurecentretrust, @adoptastop and The #healingartsinitiative in partnership with @culturunners as part of the World Health Organization (@who) are pleased to announce the Barbadian artists, selected by jury members across each participating entity, who will design new works to be incorporated into one rain shelter and two benches for installation on the Barbados Trailway Project.